We were very pleased with this recent article published by Comms Dealer, describing our co-founder and Managing Director’s strategy to drive the Microsoft Teams opportunity to its limit. 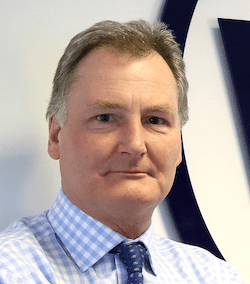 Resellers have no choice but to grasp the Teams opportunity, despite the perceived threat, argues V12 Telecom co-founder and Managing Director Charles Rickett.

The comms sector has witnessed a number of disruptions lately, and the industry is about to lock horns with another transformational technology – Microsoft Teams – believes Rickett. But while Teams is an obvious threat there is a clear upside, according to Rickett, and his next strategy is to drive the Teams opportunity to the limit. So important steps have been taken to launch Direct Routing, he says, a development that builds on big advances made in the cloud since Rickett led an MBO in 2016.

“The buyout enabled us to reposition the company and focus on cloud voice services,” he stated. “The autonomy allowed me to action requests from two energy clients which both urgently required the benefits of Direct Routing. We developed a product to do this and are now rolling it out in the UK and internationally to a growing number of countries.”

What now matters is timing, and Rickett says V12 is on track to pull off a well timed Teams strategy, which in reality is a natural extension of the existing operation. “At heart we are a telecoms business focusing on cloud-based voice, hosted and SIP, mobile, connectivity via Ethernet and high-speed broadband,” he explained. “Our recent move into Direct Routing is an extension of this and I predict that it will rapidly become a significant part of V12 Telecom in the coming months and years. The majority of our new business is brought to us by our IT reseller partners, so the adoption of Teams by them and their customers will inevitably produce increased sales.”

Many industry pundits continue to cast Teams solely as a major threat to the comms channel, but Rickett argues with far stronger conviction the case for owner operators to leverage their innate opportunism at this pivotal moment. It is now clear that Teams is Microsoft’s fastest ever selling application and is predicted to be one of the biggest disruptive technologies to date.

“Direct Routing is a relatively new product and it’s not clearly understood by many in the industry, including the CEOs of some IT resellers,” observed Rickett. “Teams is a serious threat to the hosted telephony market but resellers need to be aware of the opportunity it presents to provide them with ongoing revenue. I am aware of one American Venture Capital firm that has not only adopted Teams throughout their organisation globally, but they are also strongly encouraging the companies in which they invest to do the same – the writing is on the wall.”

Voice is fast becoming part of the chemistry of Teams, and one of Rickett’s lead messages is that while not all Teams deployments currently require voice, a great many do and in his opinion these opportunities are being missed. “This results in lost revenue for the reseller and a diminished product experience for the end user,” he added. “It’s important to partner with a Direct Routing supplier with the ability to process CDRs and rate calls via a billing platform and to provide monthly bills. This is not a case of billing a simple fixed price service, it also includes usage charges. Our cloud-based service with per user pricing and inclusive minutes gives us a great opportunity to gain significant market share.”

Rickett firmly believes that comms resellers face a growing threat from their counterparts in the IT channel which continue to bond voice to Teams in growing numbers, and he urges telco players to follow suit and get on track with the times. Being on track comes naturally to Rickett who ‘back in the day’ was a National Formula 3 champion and a three-time competitor in the Le Mans 24 Hour race. “My background is motorsport sponsorship, so I had an amazing little black book and I understood rejection,” he said. “Great contacts and a thick skin are both vital when starting out and looking for new clients.”

V12 Telecom began its commercial life in December 1998 as an LCR business, moving into phone systems. “Since then we have lived through all of the main industry changes such as line rental, broadband, hosted voice and now Direct Routing,” commented Rickett. “Our larger clients with international reach might generate the most column inches, but we supply services to companies from as few as a handful of users upwards. Direct Routing is industry agnostic and can benefit SMEs just as much as international conglomerates.”

As such, V12 Telecom, like many ICT providers, lives under the glare of ever higher expectations from all manner of organisations, so being ahead of the game is key to standing the weight of expectation. “I’ve always tried to keep an eye on the way that the market is moving and to work with people who are significantly brighter than me,” added Rickett. “That way we can provide solutions using the best technology available. Our partnership with Highlight is a proofpoint of this approach. It provides network and application monitoring and reporting. We can also give customers access to their own secure area of the Highlight portal so can share the same view and information with them in real-time.”

Rickett reaffirmed that Teams is not a threat, but reseller inaction towards it is, so he keeps a close eye on partners to ensure they are in pole position. “I personally oversee our partner programme and I’m keen to expand it,” he stated. “Resellers play a key role in the market which is likely to grow in importance. Customers need to be properly informed on how to benefit from new and evolving technologies.”

Just a minute with Charles Rickett…

Role model:
When I was young my hero was Formula 1 racer James Hunt. He was blessed with incredible driving skills and well known for his good looks and charisma

What talent do you wish you had?
Patience

What do you fear the most?
Failure

Best advice you have ever been given:
The line between tenacity and stubbornness is extremely fine

In hindsight:
Getting our own Direct Debit facility in 1999 and focusing from the start on incremental monthly revenues as opposed to one-off sales were both wise decisions

If you weren’t in comms what would you be doing?
I can’t imagine

One example of something you’ve overcome:
The realisation that I was only good enough for the second XV at school

What’s the greatest risk you have taken?
Setting up V12 Telecom in 1998, but it didn’t seem like a risk at the time

How do you relax when not working?
Early morning walks and gardening with power tools

What possession could you not live without?
Wine

Biggest career achievement?
Starting a business in a sector in which I had no knowledge or experience, and being here over 20 years later

Find out more about our Direct Routing for Microsoft Teams.